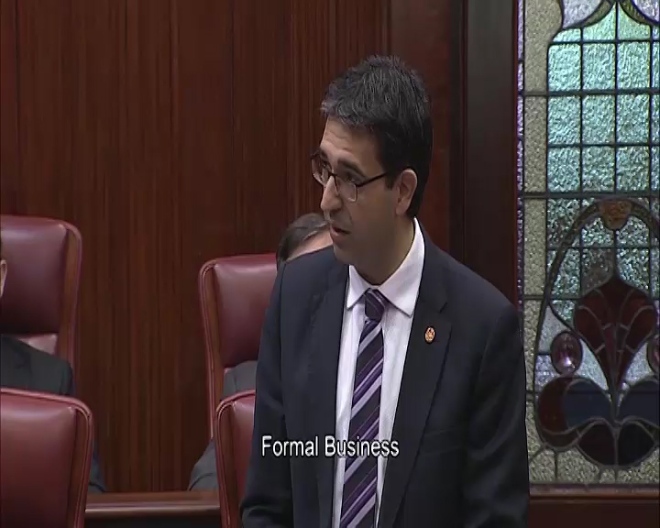 There are calls for a parliamentary inquiry after it has been revealed that at least 26 premature babies have been born and left to die without medical intervention.

Shadow Minister for Child Protection Nick Goiran received a more than 7000-signature petition on Wednesday from the President of the Coalition for the Defence of Human Life, Dwight Randall, calling on the Legislative Council to establish an inquiry into live births resulting from abortions.

Mr Goiran said lawmakers and the public needed to confront the fact that in Western Australia, between July 1999 and December 2016, there were 27 occasions when babies were born alive following abortions but subsequently denied medical treatment and allowed to die.

“West Australians are in the privileged position of having access to one of the world’s best resourced health care systems but we routinely allow a certain group of infants to die without medical attention,” Mr Goiran said.

“Whatever your view is on abortion, the fact remains that these infants survived and at that point they were entitled to the same rights, privileges and access to healthcare as any other West Australian baby.”

Mr Goiran said the tragic deaths of the infants was compounded by the fact that no one had accepted jurisdictional oversight of the deaths.

“The Ombudsmen has stated he has no jurisdiction, the Department of Health has not reported the deaths to the Coroner, and the Department of Child Protection were not notified of these children who were self-evidently at-risk,” he said.

“The last resort for access to justice is the Legislative Council. My hope is that it will investigate the systemic failures that allowed for these West Australian infants to be left to die.”